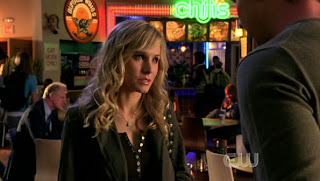 I downloaded all 9 episodes from Season 3. And because the torrent for the first episode wasn’t working, I just watched the first episode on YouTube so I could finally watch the rest. Haha! I actually have three more episodes to go, but I’m saving them for tomorrow. 😛 Or maybe I’ll watch another one before I go to bed.

House Season 3 episodes are sitting in our hard drive and I can’t watch them because my Season 2 DVDs only go up to episode 15. Haha! Loser! My brother still needs to borrow the rest of the DVDs from his friend.

Yes, my weekends now revolve around TV series. 😛 And it kills me that episode 11 of Grey’s Anatomy won’t be shown until January! Torture! Yes, this is already bordering on obsession. Tsk, tsk. Stay away, it might be contagious. Don’t say I didn’t warn you. (:

Everything on this page is created by me unless otherwise stated.

knew I could count on some cheesy reads to get me

is the universe trying to tell me something here?

my faves got married today 🤍 the funnest weddin